After a game and a few songs, but before the ten-minute devotional, I knew it was the perfect time to ask the teenagers at our campout to spend some time in silence. 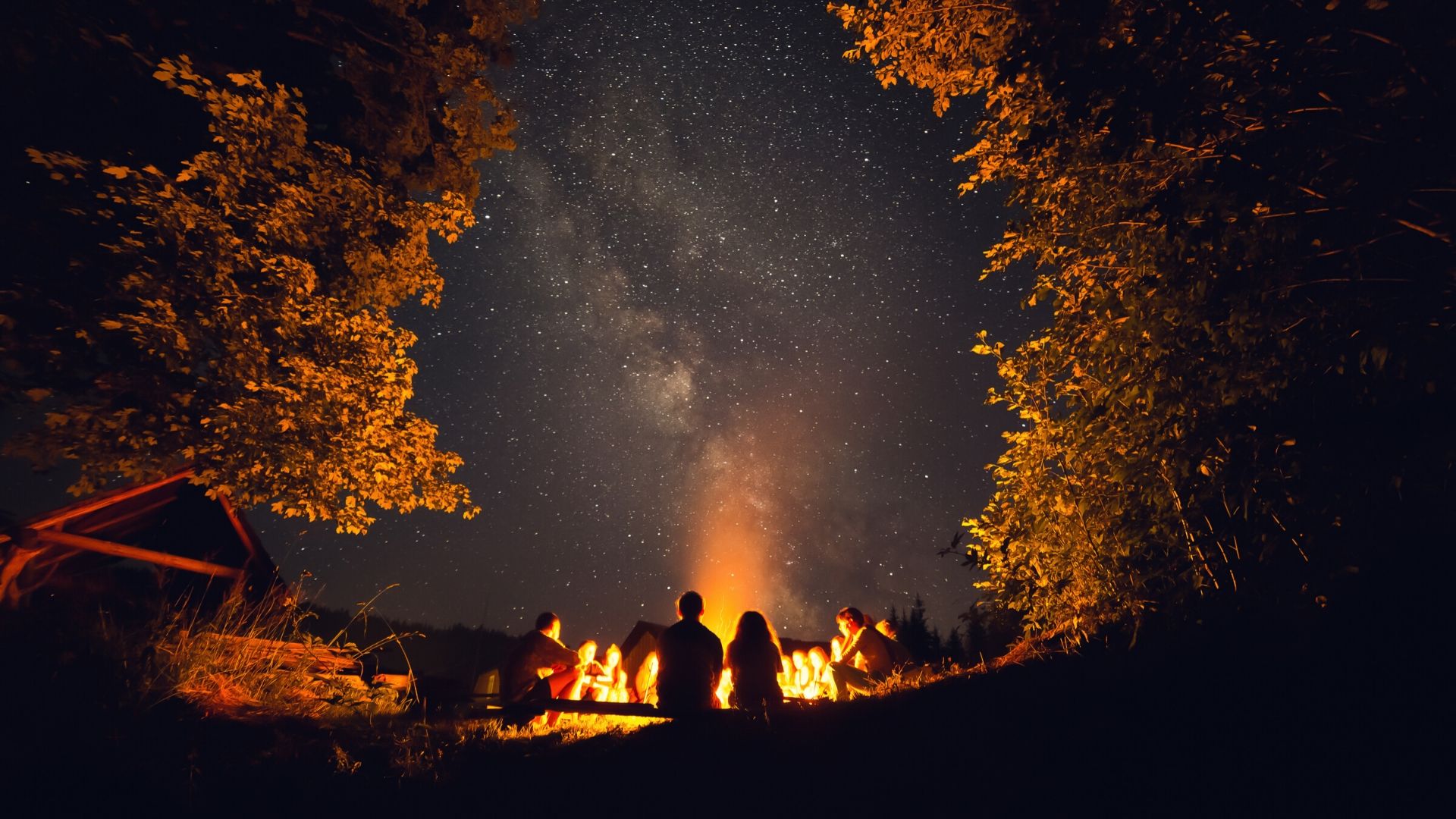 The stars were out, the campfire was warm, and all you could hear were the crickets in the distant woods. So I told the students that we were going to spend exactly 5 minutes in silence. I started the stopwatch on my phone, and we began.

Everyone started out either praying silently or self-composed with a reverent mindset. Then when the 30-second mark hit, I could see a few younger boys hitting each other in the leg. Then one girl in the back grabbed a few weeds and started weaving a bracelet.

At the 1-minute mark, as a few students were trying to throw small twigs into the fire without me noticing, I announced the time for silence was over. I heard responses like, “Man, that was a long five minutes!” and “Are you sure that wasn’t ten minutes?”. When I revealed that only one minute had passed, they all told me I needed a new phone.

Why is silence so scary for us? I admit that if I were in the dark by myself, silence could be pretty frightening. But as a believer in Christ, God tells me I am no longer in spiritual darkness and that the Holy Spirit now lives in me. So why does silence produce such a foreign, uneasy feeling?

In our culture, constant stimulation is not only available, it’s the norm. While stimulating our brains is a good thing, is overloading ourselves with a never-ending stream of noise truly following the example of Jesus?

Jesus shows us a few reasons silence should be a key part of our normal routine.

Silence Helps Us Connect With God

Jesus shows us that silence can be a time to connect with the Father. After a day full of healing and teaching the crowds, Mark 1:35 says about Jesus: “And rising very early in the morning, while it was still dark, he departed and went out to a desolate place, and there he prayed.” Even though the noise was good noise during ministry and teaching, Jesus needed to plug back into the Father during a time of silence and prayer.

Jesus shows us that silence can be a time the Holy Spirit prepares us to be used by God. As Jesus prepared to start his ministry, the Holy Spirit sent him into silence and solitude in the desert.

“The Spirit immediately drove him out into the wilderness. And he was in the wilderness forty days, being tempted by Satan. And he was with the wild animals, and the angels were ministering to him” (Mark 1:12-13 ESV).

In silence, Jesus was able to focus on overcoming obstacles, such as temptations from Satan, to prepare for the work of the Father.

The Power of Silence

Jesus shows us the power of silence. As his crucifixion neared, Jesus stood before Pilot. “He entered his headquarters again and said to Jesus, 'Where are you from?' But Jesus gave him no answer. So Pilate said to him, 'You will not speak to me? Do you not know that I have authority to release you and authority to crucify you?' Jesus answered him, 'You would have no authority over me at all unless it had been given you from above. Therefore, he who delivered me over to you has the greater sin.' (John 19:9-11 ESV).  Through Jesus’ use of silence, God’s sovereign plan was made evident and the power of God was communicated.

Make Silence Part of Your Routine

So, how can we stop feeling afraid of and awkward during silence? Follow Jesus’ example and make it part of your normal routine. Maybe before reading your Bible you can spend 10 minutes in silence. Maybe before the family prayer at dinner, your family could spend 3 minutes in silence. Or maybe you just put down your phone, tablet, or laptop, and go outside to enjoy God's creation.

Find joy in knowing it’s okay to be silent.

Pastor Dusty joined Berean’s staff in 2019. He has been in youth ministry for 20 years and finds no greater joy than seeing a teenager connect with the gospel. He claims he is outnumbered at home by his wife and three teenage daughters. Originally from Kansas, you will always find him cheering for Kansas City sports teams and missing true Kansas City barbecue.