My Attempt to Break Up with Social Media

Do you ever wonder where the time went after you did the “Facebook scroll”? You know, when you aimlessly look at your phone, scrolling, scrolling, scrolling through social media. Seeing a lot of things and also not seeing much of anything? I have. Many times.

Do you find yourself wishing for it to stop because your soul doesn’t feel right? Because you feel like you don’t know what to believe anymore and you just want to shut it all off and crawl into bed – but you can’t? That was me four months ago (and honestly, sometimes even now).

This is an account of my journey. One that is not complete yet. One whose destination has changed and I’m not sure where it is going. (And that’s okay, I think.)

The Voices in My Head

Last December, in front of all 60 of my coworkers (can you imagine!) I gave my testimony of how social media – the good, the bad, and the ugly – had its grip on me and that I felt God was calling me to give it up. To shut out the noise. The voices. The soapboxes. The “truths” of others. He called to me, ironically, through an Instagram story. The quote that hit me right between the eyes: “Stop listening to the created, my daughter. Listen to me, the Creator.” 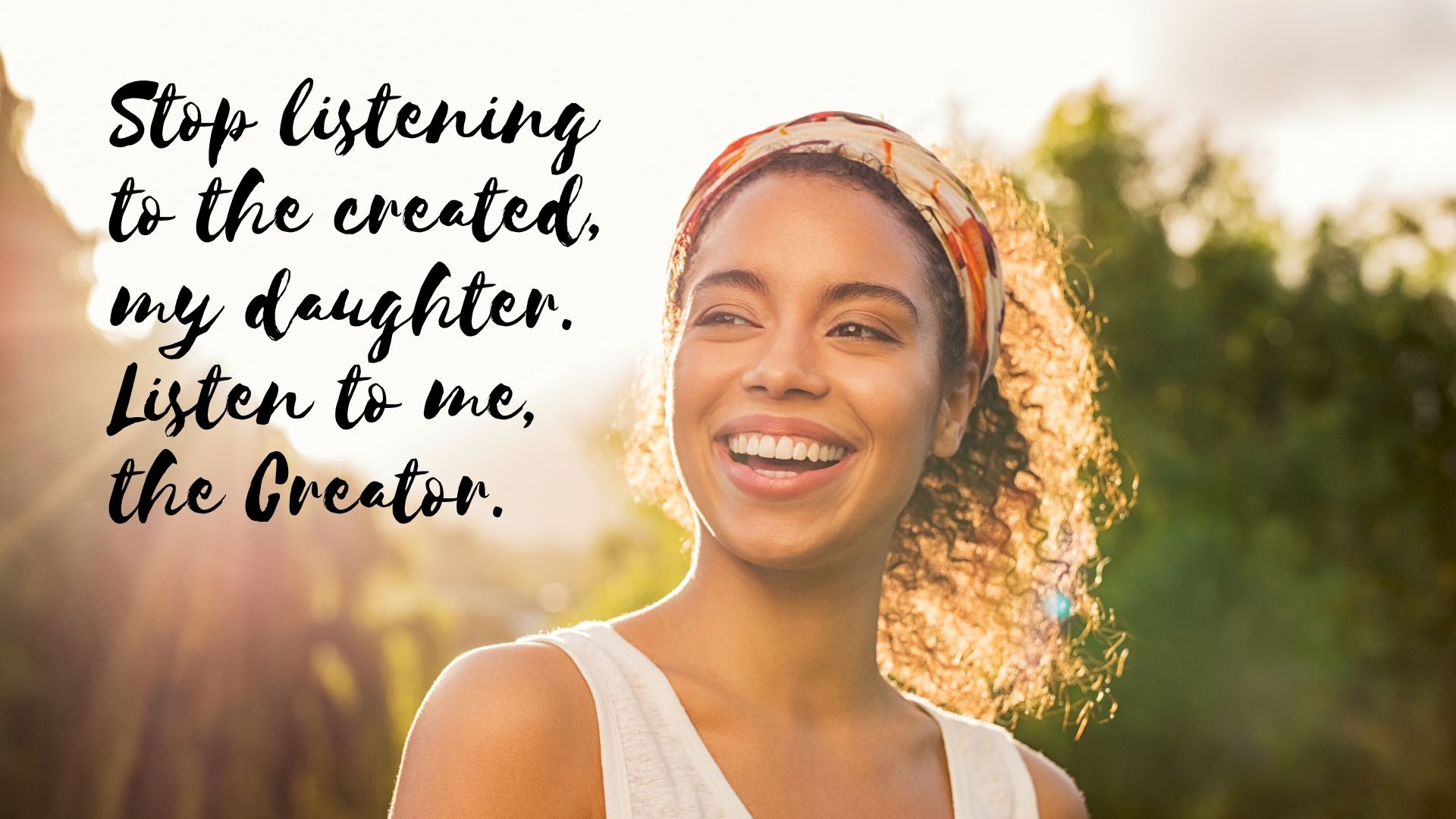 It turns out, I wasn’t listening to God, the Creator, as much as I was listening to people – the created. And often time their words (or the comments on their post) left me confused, sad, angry, and empty.

Not only that, but I was on my phone or computer so much that it was affecting my family. My kids would often say to me, “Mom… Mom! Are you listening to me?” My husband echoed that question. And you know what? This would bug me because they were interrupting my oh-so-important scroll, scroll, scroll.

It Was Time to Shutoff the Noise

So, I did. I mean, I tried. December 2018, was the last day that I was on social media for me (my profession asks me to create posts on Facebook and Instagram, so I still did that). It lasted for one month. Thirty days. That was all I could do … and I felt like a failure. I was supposed to give it up for a long time – certainly longer than 30 days.

My plan was to give up social media and when the desire hit me to pick up my phone and scroll, scroll, scroll I would instead turn to the Bible, a more edifying book to read. Or maybe even engage with my family instead of other people’s opinions on truth and God and Christianity and motherhood and pizza and movies and books and podcasts and politics and puppies and women and men and love and happiness, et cetera. 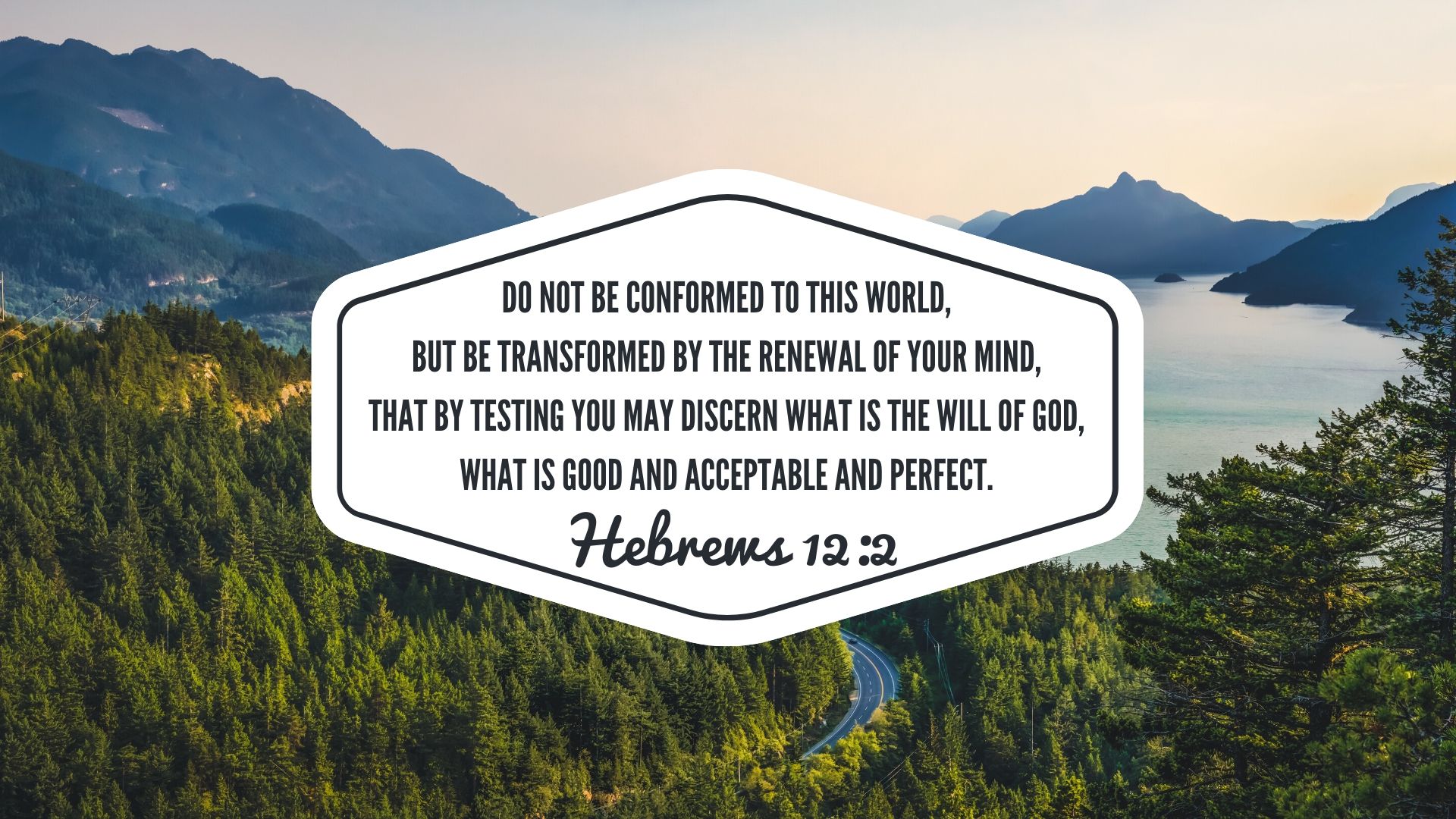 My family will get my full attention. I will be more present. Because, as my kids had said - many times - “Mom, you’re always on your phone!”

My husband will say I am a better wife instead of, “Hello, what’s so important on that thing?”

I will be a better Christ-follower. I won't be listening to the people who were saying “Christians should be and not be (insert any opinion here)."

At the end of the journey, whenever that presented itself, I was going to be a holier person. I was going to be spending time in God’s Word an hour a day. My kids were going to be saying things like, “Mom, you’re the best mom there is and I love how you spend all your time with us and are never on your phone anymore!” And my husband and I were going to have long conversations about things. What things, I didn’t know – just things!

But That Didn't Happen

Oh, things did change, just not to the extent that I wanted it to. It took weeks for my kids to realize that I wasn’t on my phone that much anymore. Seriously. (Apparently, we need to work on their perception skills). My time with God wasn’t an hour long (or 30 minutes or 15 or . . .). And conversations were just normal conversations with my husband, like “What should we watch tonight?”. 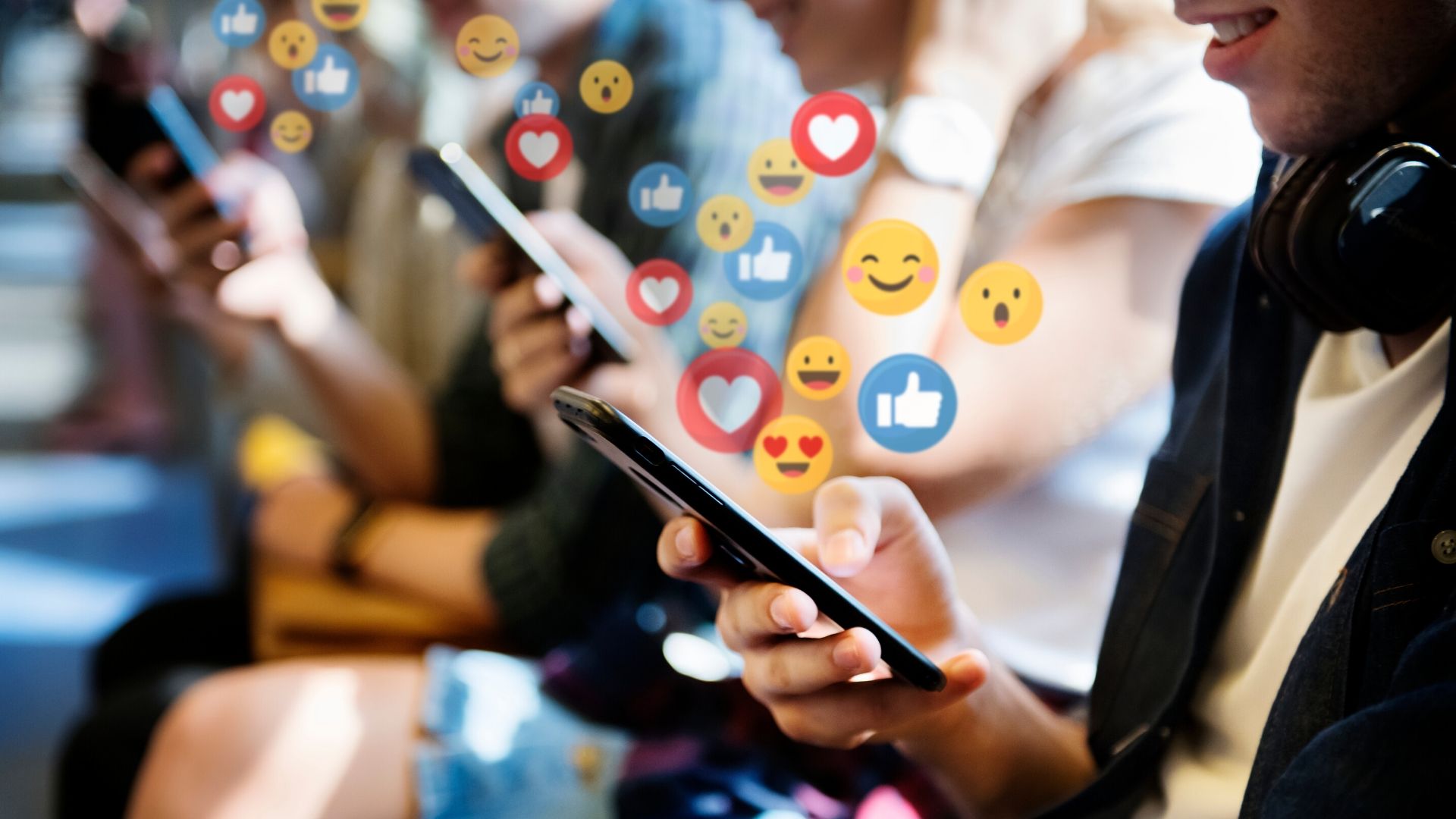 Here are some of the things that I missed hearing about: a former coworker’s dad passed away, the birth of a friend’s baby, and the sharing of a friend’s Go Fund Me page for the adoption of their son. And, of course, pictures of gourmet meals and cute kids, advertisements for bras, soapbox posts, shared political articles, memes, Scripture, Christmas pictures (oh, the Christmas family photos!), New Year’s Eve resolutions and fad diet ads.

I Am a Social Media Girl

Some things I definitely missed and some not at all. What I discovered is (think Madonna here) I am living in a social media world and I am a social media girl or something like that. There’s a community in real life, but a lot of that community spills into social media.

At first, I felt like a failure. I’ve seen others announce their social media fast on social media and they appear to do it for whatever time they declared (December, Lent, 90 days). And I only did it for 30 days. But I realized that for me, this is what I could do and that’s okay because I learned from it (or rather, I am learning from it). In order for the experience to not to go to waste and to slip back into old habits, I had to find a way to navigate the platforms without losing myself in its never-ending scroll power.

You Have Permission to UnFollow Them

My list of “friends” was long and I unfriended some people (gasp!) and others I just unfollowed (sorry, not sorry). I left some of the groups. All the other organizations and people that I was following were considered, and I unfollowed a boatload.

The feed got smaller and less noisy and more intentional. The time away from social media helped me break some of my old habits of searching out particular people, who I had not followed officially, but would look at intentionally.

And, finally, I moved the social media apps into a folder on my phone labeled WHY?. I see that label every time I go to scroll and ask myself, “Why I am going here now?” (I wish I could say this makes me stop and deeply question my intent. It usually doesn’t, but sometimes it does stop me.)

A Journey Begins With One Step

I am still on this social media journey. I am working to navigate this online world with my very present, human in the flesh world and my spiritual world. My journey isn’t over yet. Social media will always be there, beckoning me to scroll, scroll, scroll. My prayer today is that instead of falling into the habit (temptation) of zoning out in front of the screen, I will choose to be present with my family; to be present with my Lord; to be in the here and now.

I’m a work in progress. And I am okay with that. 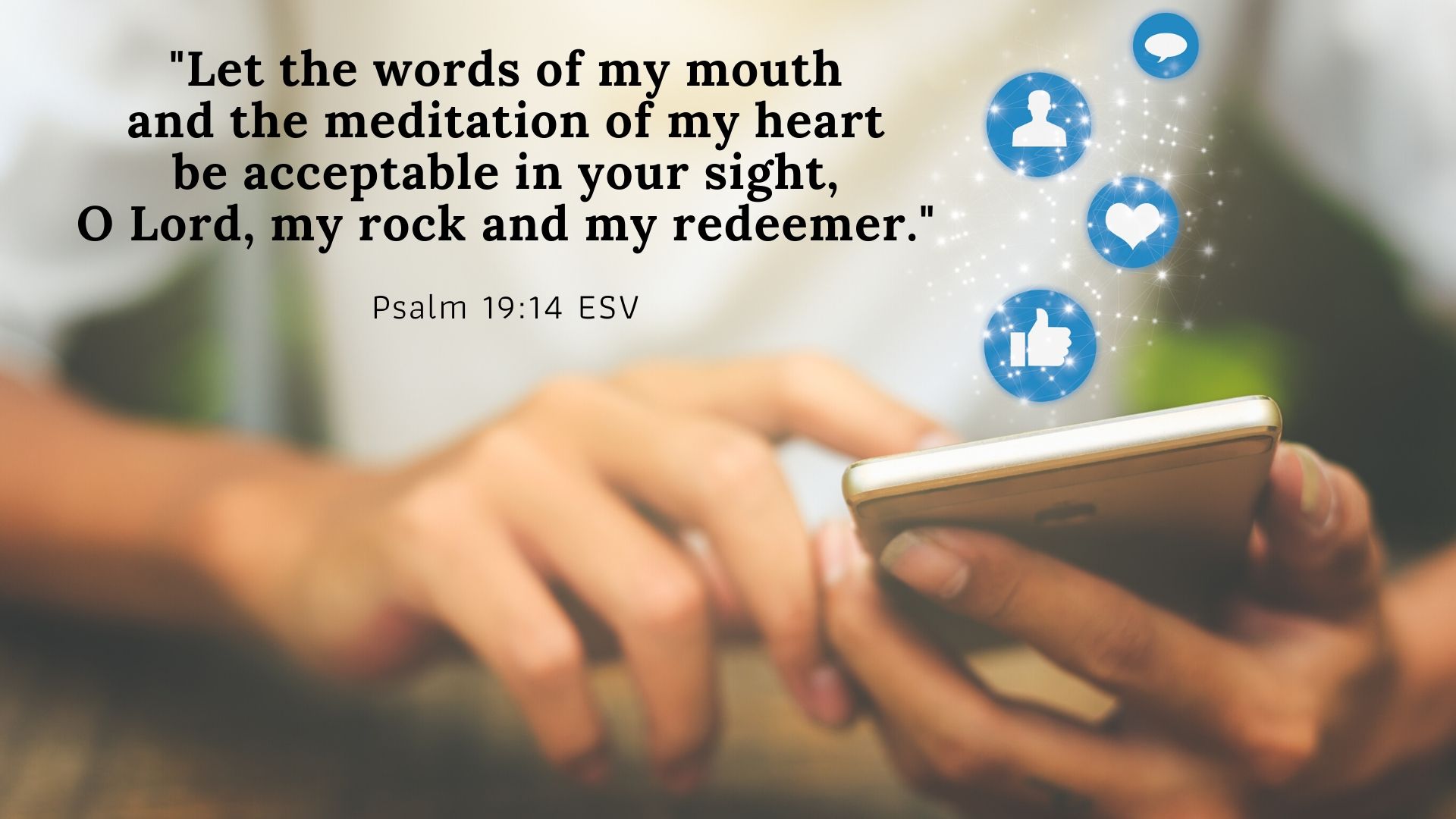 Were you challenged or encouraged by Becky's story? We think you'll like her article Twenty Things to Do at Home with Children.

Before joining the Berean Kids team in 2017, Becky attended and served at Berean since 2012. She loves working behind the scenes to bring the gospel to kids and support our Berean Kids volunteers. They are the best! In her spare time, Becky likes to read, listen to podcasts, drink coffee and listen to music from the 90s.